Ballincollig also commonly known as “the village” is a large suburb on the west side of Cork City. Ballincollig is the largest town in Cork with a population of roughly 18,000.

Ballincollig come from the Irish ‘Baile an Chollaig’ from the Irish which means “Coll’s town” after Robert Coll, an Anglo-Norman knight who owned the land in the 1400’s.

It is situated on the River Lee which can be enjoyed thoroughly in the fantastic Ballincollig Regional Park.

It is about a 30 minute walk from one end of Ballincollig town to the other. For those more adventurous  on a sunny day it can be quite pleasant to walk the 10 kilometres into Cork City in around about 2 hours.

Bus services are provided by Bus Éireann, and the routes which pass through Ballincollig include:

The 220 route was Cork’s first 24 hour bus route and has allowed much more flexibility for those wishing to sample the night life in the city centre.

As mentioned above Ballincollig is named after Robert Coll a knight who was granted owner of the land in early 1400’s. After this the land transferred to the Barrett family who built Ballincollig Castle during the reign of King Edward III.

Control of this castle changed many times over the years before it was used as a garrison during the Williamite War after which it was left unoccupied and it fell into decay.

The Gunpowder mills which was set up in 1794 was a big industry in the town and became one of the largest mills in all of the UK and Ireland. This was protected by a military barracks which was in operation until 1998.

In recent times it has become a satellite town for those working in Cork City and it’s surroundings but also has become home to companies like DELL EMC, VMware, CoreHR and other technology multinationals.

It is a public free to use park that is popular with dog walkers, families and fitness fanatics alike. It also hosts the weekly Ballincollig Parkrun which starts every Saturday morning at 9.30am!

For a rainy day why not check out the Reel Picture Cinema or the Awesome Walls Rock Climbing Centre on the Model Farm Road.

Ballincollig is also home to the Headquarters and Training Centre of Irish Guide Dogs for the Blind. This is the perfect spot for someone looking for a puppy fix!  They are always looking for volunteers to help with their dogs in training and also offer tours (by appointment) every Tuesday and Thursday.

There is also a Farmers Market every Wednesday afternoon in the courtyard at CastleWest Shopping Centre.

There is a club, gym or activity in Ballincollig for all levels of skill, fitness and commitment.

Those interested in a team sport why not check out Ballincollig GAA Club, Ballincollig Rugby Club or one of the local soccer teams Ballincollig & Lakewood AFC.

For Golf fans there is the Cork Golf Centre Range & Training Centre in Ballincollig and Muskerry & Lee Valley Golf Clubs are within a ten minute drive! Or check out the Ranges or Lakewood pitch and putt clubs!

If you are looking for indoor Tennis, five a side soccer or even Rock Climbing check out Cork Sports Village on the Model Farm Road.

There are also some fantastic gyms in the area; F1T Gym, Talbot Fitness Centre and Dennehy’s Health and Fitness.

Runners should check out Ballincollig Athletics Club who take part in the weekly park run in Ballincollig Regional Park!

There are so many fantastic places to eat and places to drink in Ballincollig.

For fantastic pub grub check out The White Horse, The Angler’s or the Trade House Central!

If you are looking for a quiet drink after work go no further than Mary O’s, The Darby or Healys Pub

For a tasty lunch topped with awesome coffee we recommend Good for the Soul, The Plaza, Bite Sized Cafe Bakery or the Chapel Gate Café.

There are plenty of takeaway chippers in Ballincollig but the Fry is top of the list!

As well as being an excellent place to eat and drink the White Horse is an excellent venue constantly playing host to a kaeildoscope of gigs. The Tradehouse Central often has a live music or DJ set until the late hours and the weekly Farmer’s market is also a great spot to catch some of the upcoming local talent busking during the lunch hour!

Ballincollig is home and welcoming to those of all religions.

There are regular services in the following;

Catholic services in the Church of Christ Our Light and Church of St Mary and St John.

The Bible Baptist Church meets in the Westgate Foundation for their weekly service.

There are many primary & secondary school options in Ballincollig. It is also very close to both MTU (CIT) and UCC third level insitutions. 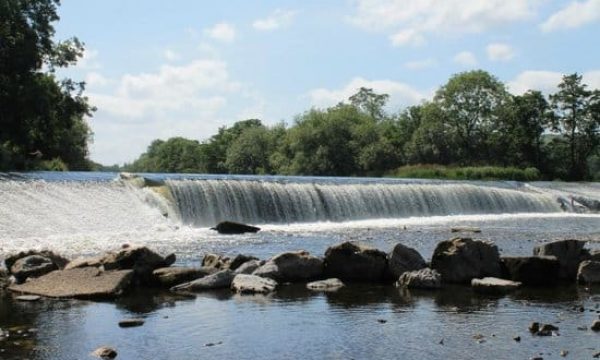 Favorite
Attractions
Ballincollig
The Regional Park, Ballincollig is located on the South bank of the River Lee and much of it lies on the river’s floodplain.