Home of the Cork’s largest shopping centre Mahon (Machain in Irish) is one of the busiest suburbs of Cork. Mahon gets it’s name from Lough Mahon a large special area of protection under the EU Birds Directive.

Along with the Shopping Centre Mahon is home to a large number of technology and engineering companies such as VoxPro, Jacobs, PM Group and DPS as well as the Central Statistics Office.

Mahon is bordered on it’s southern and eastern side by the N40 south ring road and is connected by the Jack Lynch tunnel to the Dunkettle roundabout which allows easy access to the Dublin road leading north and the N25 leading east.

Mahon is roughly 6km from Cork City Centre. This distance can be walked in roughly an hour and fifteen minutes but there is also good bus routes which are mentioned below.

The following bus routes run through Mahon allowing access to the city centre and many of it’s suburbs.

Mahon was originally a rural fishing and farming peninsula and the area was known as the Ring of Mahon. It was said to have originally been the home of the O’Mahony family who lent the area their name.

Mahon began to be developed in the early 19th century as middle class citizens working in the City decided to separate their home from their workplace. Ringmahon house was built around this time by James Murphy as part of this trend. James was a wealthy merchant, importer and shipowner and was one of the founders of the Midleton distillery.

In the late 20th century as the city grew outwards Mahon became the subject of more and more residential development and as such became part of the city itself.

At the start of the 21st century came the development of the Mahon Shopping centre and the associated commercial parks which have led to an industrial boom in the area.

Mahon Shopping Centre is the largest attraction in the area and is the second largest shopping centre in all of Munster. It has over 60 shops, cafes and restaurants along with 2000 free parking spaces. There is also an Omniplex Cinema as part of the centre and a retail park across the way meaning that almost everything you could want is available here.

Mahon also has a fantastic greenway which allows safe walking and cycling in a sheltered lit pathway.

Mahon is a great sporting area. Some of the local clubs include:

There is also a fantastic gym and fitness studios at Gym Plus Cork.

Outside of this their is takeway offering at the nearby Legers Chipper, Somen Asian Noodle Bar and Mizzoni’s Pizza.

The Blackrock Inn does a fantastic cavery and is also a great spot to grab a pint or a glass of wine.

There is a roman catholic church called Holy Cross Catholic Church in Mahon.

Mahon is home to three schools; 2 primary and one secondary school. There are also two higher education institutes in Cork; UCC & MTU. 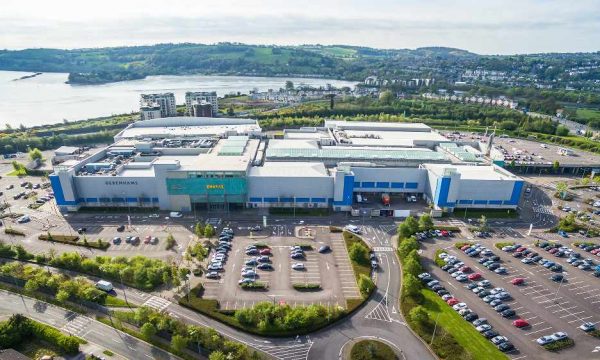