Montenotte and St. Lukes are suburbs on the northside of Cork City.

Montenotte is named after the Battle of Montenotte which took place during the Napoleonic wars. It became a popular residential area for merchants and other business people who sought to leave the city centre in the late 19th century. It has remained a mainly residential area since then and some of the nicest houses in Cork can now be found in the area.

St. Lukes is named after a former Church of Ireland Church of the same name which was first constructed in the 19th century. This church has now become a music venue and culture centre.

Montenotte is roughly 2km from from Cork City Centre. This can be walked in roughly 10-15 minutes. St. Lukes is slightly closer to the city centre, it is roughly 1.5km from St Patricks Street.

The following bus routes run through Montenotte allowing access to the city centre and many of it’s suburbs.

There are many taxi services running in the Montenotte & St. Lukes area such as

The nearest train station is Kent Station in Cork City Centre. This is roughly a 15 minute walk from both Montenotte and St Lukes.

While mainly a residential area there is still some fantastic things to check out in the Montenotte and St. Lukes area.

Lover’s Walk is another place to check out for the history buffs as legend has it Irish Republican Rebel Robert Emmett and his sweetheart Sarah Curran were often seen walking here together.

The newly refurbished Montenotte Hotel is a fantastic ammenity. They have fantastic afternoon tea and dinner options as well as a Cinema and Spa. All you could possibly need for a days R&R.

Live at St. Lukes is a fantastic music venue in a former Church of Ireland church. They have gigs and performances of all genres throughout the year. They are a BYOB venue which can make for a cheap and fun night!

There are a number of sports clubs in the Montentotte and St Lukes area; Brian Dillons GAA Club, Brian Dillons Boxing Club, Collins Pitch & Putt and the CBC Sports Grounds.

There are also some amazing cafes and takeaways;

For a sit down meal why not check out the Panorama & Rooftop Bistro & Terrace at the Montenotte Hotel or some of the awesome restaurants on offer in the nearby victorian quarter.

There is a large number of primary and secondary schools in the St. Lukes and Montenotte area. There is also Griffith College that offers third level courses.

St. Pauls Special School for children with learning disabilites is also part of the COPE facilities in Montentotte. 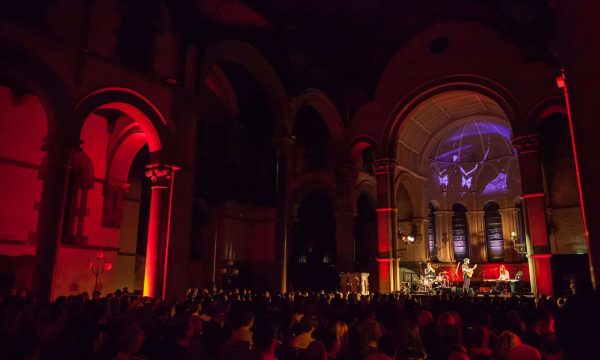