Togher comes from the Irish name ‘An Tóchar’, meaning “causeway or level place”.

It was given this title due to its position as a causeway through the bog from which Cork itself got its name, ‘Corcach Mór na Mumhan’.

The Lough area is named after the springfed lake known as the Lough that is central to the area.

The area is boardered by Wilton in the west, Glasheen & UCC in the north, Cork Airport  to the south and Turner’s Cross and Ballphehane to the east.

It is roughly a 20 minute or 2km walk from the Lough to St. Patricks Street in the centre of Cork City.

Bus services are provided by Bus Éireann, and the routes which pass through Togher & The Lough include:

Togher was originally a largely agricultural area with large areas of land being owned by prominent families such as the Sarsfields. It experienced a large spurth of growth in the mid to late 20th century and much of the residential property in the area was built during this time. The Togher parish church the Way of the Cross was built in the 1970s to serve this rising population.

The Lough has been a Public wildlife refuge since 1881. It servces as the home of many birds and fish native to the area.

St. Finbarr’s Cemetery is also an area of historical importance. It is Cork City’s oldest cemetery and is the resting place of many famous cork people and republicans.

The Lough is the most well known attraction in the area. It is a Public Wildlife Refuge but also a popular meeting spot for local children and students from nearby UCC.

However there are also some other fantastic ammenities in the area such as the Togher – Tramore Greenway and Clashduv Park which features Tennis Courts a Playground and some lovely walking trails.

There are some very sucessful sports clubs in the Togher and the Lough area.

The most well known of these is probably St. Finbarr’s GAA Club also known as ‘the Barrs’. They have won All-Ireland Club titles in both hurling and football.

Togher Athletics Club is also based in the area. They are the home club to Irish race Walker Rob Heffernan.

There are also three association football (soccer) clubs that are based in the area. There are Everton Cork AFC, Greenwood FC and Pearse Celtic. The later two play at Lehenaghmore Park.

There are also tennis courts in Clashduv park that host training camps and the local club.

For those looking for a gym to train individually or as part of fitness classes check out Fitnessworx and Energised Fitness.

Some of our favourite places to eat and drink in the Togher and Lough area include the Deanrock Bar, the Hawthorn Bar, the Royal Palace Restaurant, Jumbo Chinese takeaway and The Lough Café.

These schools feed into secondary schools in the neighbouring suburbs. 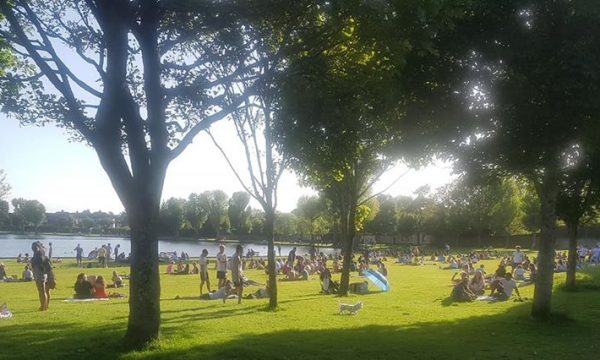 Favorite
Attractions
The Lough
The Lough is a low-key suburb around the small lake known as Cork Lough, popular for nature walks and angling.