What is it like to live in Douglas? We had a local tell us all about it..

Douglas is a suburb of Cork City, The Republic of Ireland’s second city. It officially became part of the Cork City Council area in 2019 as part of the expansion of the city boundaries.  It is situated south west of the main city centre and is home to approximately 27 thousand people.

As well as being in close vicinity to all the attractions of Cork City, Douglas also has plenty of attractions of it’s own. Make sure to check out the fantastic Douglas Community Park or grab some fresh lunch at the Douglas farmer’s market every saturday.

Some other highlights include the fantastic local sports team’s and we could not talk about Douglas without mentioning KC’s & Sons & Sons (not a typo) – reputably one of the best chippers in Cork!

But there is far too much going on in Douglas to mention here so make sure to check out the local tips below and then check out our local directory to see where to eat, drink and live in Douglas!

Bus services are provided by Bus Éireann, and the routes which pass through Douglas include

The first written history of Douglas was as part of lands belonging to Gerald de Prendergast in 1251. It was alternatively mentioned as “Duffelglasse” and “Duglasse” in the early 14th century as part of the parish of Carrigaline.

The 18th century saw the first industrialisation of Douglas with the development of Douglas Factory producing sail cloth for the Royal Navy and other clients.

It was not until the second half of the twentieth century that Douglas as we know it now came about as the it became a suburb of the growing Cork city and new housing, schools and other local facilities were built to serve the growing population.

There are some fantastic things to do in Douglas.

There is a great number of Sport facilities in Douglas. There are many successful clubs that call Douglas home but also plenty of recreational areas where people of all levels can train and stay fit. There is also a local branch of Dennehys Health & Fitness situated in the Douglas Village Shopping Centre which is due to reopen in November 2020.

There is an amazing selection of places to eat and drink in Douglas. Everyone says you have not had the true Douglas experience until you have lined up for a King Creole at KC & Sons & Sons but there are also a plethora of options for those who would like something different.

Every food preference and dietary requirement is catered for with themed restaurants from Italian to Indian and Mexican to Malayasian and everything in between.

There are also lots of lovely cafes in the are such as;

Of course we have not forgotten the pubs check out; O Driscolls, Barrys the South County and O Sullivans.

The people of Douglas are very welcoming and open to members of all religions and none.  We have listed some of these below.

Douglas like other suburbs is within a quick commute of Cork’s two main third level institutions UCC and CIT but as with any area of this size there are multiple of primary and secondary school options too. Some of these are listed below. 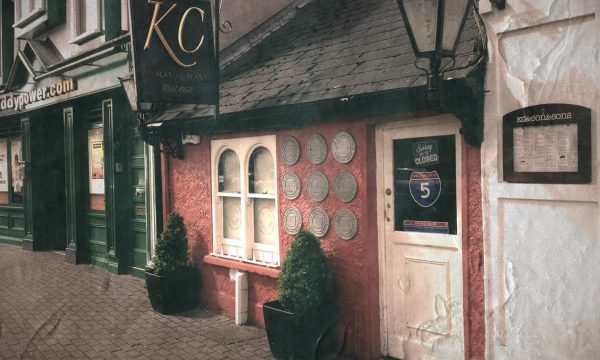