Blackpool or An Linn Dubh as it is in Irish is a suburb on the north side of Cork City.

It has it’s origins in being the last stop before a traveller headed off from Cork to Limerick or Dublin but is now a bustling area of it’s own.

Blackpool has been the home to many famous people over the years but very few were as influential as former Taoiseach Jack Lynch and Glen Rovers & Cork Hurling Legend Christy Ring.

Blackpool has been synomous with brewing and distilling throughout the ages with Cork Dry Gin and Murphys Brewery historically being large employers in the area.

Now alot of the large scale industry has left the area as it became more residential but new companies like Tech company Teamwork have started to occupy the area surrounding the Blackpool Shopping Centre & Retail park.

Blackpool is a 15 to 20 minute walk to Cork City Centre.

Bus services are provided by Bus Éireann, and the routes which pass through Blackpool include:

Blackpool Shopping Centre & Retail Park is one of the biggest draws to the area with over fifty brands and outlets it offers something to match every need.

For those looking for a more traditional cinema experience check out the The Reel Picture which shows the latest blockbusters along with some more arthousey films.

The Lido is the home of Cork Community Art Link which runs a series of community and participative art programmes in the area!

You can’t come to Blackpool and not check out some of the fantastic local sports clubs and facilites.

One of the most reknowned GAA clubs Glen Rovers is based in the Blackpool area. This hurling club was of course where Cork Legend Christy Ring showcased his skills!

The Glen Boxing Club is Ireland’s oldest boxing club having been founded in 1916! For those looking to try other forms of combat MMA Cork is also a gym based in Blackpool training members in mixed martial arts.

Neptune Basketball Club is also the only club in Ireland to have their own stadium.

For those looking to train at a traditional gym check out Dennehy’s Blackpool or JustFit Gym.

Glen Resource and Sports Centre offer those living locally a chance to try other sports and is worth checking out if you are looking to try something different.

There are some fantastic places to eat and drink in Blackpool. To sample some of the best meals, treats and everything in between check out some of these restaurants and cafés: Garden Cafe, Brackens Bakery, Murphys Traditional Fish & Chips, Quinlans & Groves, the Coffee Pot.

If you are looking for someplace to get a pint of the Beamish brewed up the road or some of the other fantastic local beers check out which of these pubs could be your new local; The Blackpool tavern, The Tower Bar, The Gerald Griffen Bar, The Constellation, Fox & Hound, Greaneys.

There is a great history of Music in the Blackpool area and to this day the Cork Academy of Music is situated here. There is also the Cork Rehearsal Studios which rent out rehersal areas for musicans and bands of all genres.

There is two catholic churches in Blackpool. The Church of the Annunciation Blackpool and St Brendan’s the Glen. They offer weekly services for their members.

There are many options when it comes to both primary and secondary education in Blackpool. 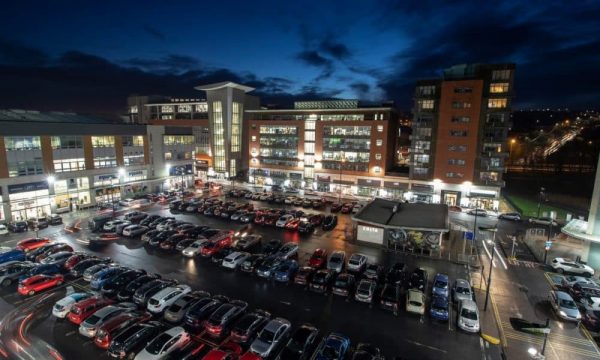