Glasheen or An Glaisín meaning small stream in irish is a suburb on the south side of Cork City. It is named after the river Glasheen a tributary of the river Lee which runs through this area.

UCC or University College Cork is the largest university in Cork. Roughly 21,000 students attend the university each year and as a result of this the area is a hive of activity during term times.

It is less than 2km or a 20 minute walk from UCC to St Patricks’s street in the centre of Cork City. There are well lit and safe footpaths on this route.

Bus services are provided by Bus Éireann, and the routes which pass through Glasheen & UCC include:

The village of Glasheen grew along side the ‘Old Bandon Road’ linking Cork City with Bandon. The stream in the village served as a watering stop for men and horses on the route and so markets developed here. As Cork grew gardens and vegetable farms developed in the area to feed the city.

UCC was established as Queen’s University Cork during the reign of Queen Victoria in 1845. It was renamed University College Cork under the Irish Universities Act 1908.

The college opened in 1849 with 23 professors and 181 students. Medicine, Arts and Law were the first subjects thought in the University.

The college was built in what was believed to be the site of St Finbarr’s monastery. St Finbarr is the patron saint of Cork and because of this the College motto is “Where Finbarr taught let Munster learn”.

The top attraction in the area would be Fitzgerald Park. The park is often the venue for local events and hosts a beautiful walking area along the River Lee. There is also a playground, cafe and musuem in the park.

Many people also visit UCC for purely tourist reasons the old campus and the quadrangle is sometimes likened to something out of the Harry Potter books and there is also the fantastic Glucksman Gallery and cafe to check out on the grounds.

For those looking to be pampered make sure to check out the Hayfield Manor Hotel. A morning in the spa followed by afternoon tea in this 5 star hotel is the ultimate way to spoil yourself or someone speclal!

Sunday’s Well Boating and Tennis Club as well as Cork County Cricket Club are also based in the area.

Presentation Brothers College Sports Grounds are in Glasheen and play host to many schools rugby games throughout the academic year.

Flannery’s Irish Pub is a part of Glasheen history. The pub has been serving drinks in the area since the 1880s. It remained in the Flannery family until 1992 when ownership passed over to Pat O’ Halloran. It remains open serving the best of food and drink in the area.

Jackie Lennox’s Chipper is a part of Cork folklore at this stage. It is considered to be one of the top chippers in Cork and you will see a large queue to order most evenings!

As you can imagine the bars around UCC are kept busy during term time. There is The New Bar and the old bar in UCC itself as well as Cissie Youngs, Annie Macs, Mok’s, The Sportsman Arms, Southside Bar, The Gallows and the Rock in the streets surrounding UCC.

There is two catholic churches in the region. Sacred Heart Church & the Honan Chapel in UCC. The Honan Chapel often hosts weddings but they have a requirement that at least one of those getting married must be a past student! 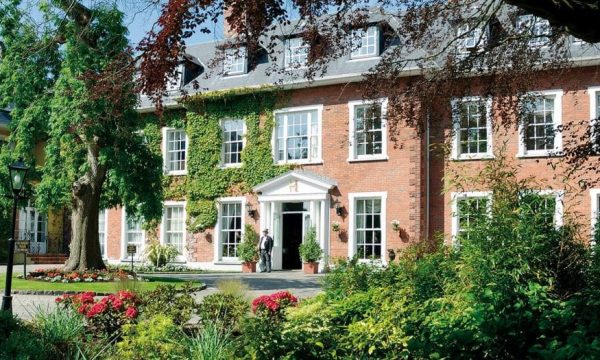