Ballyphehane and Turner’s Cross is a residential area on the south side of Cork City. It is located between the South Link Road and Togher and the Lough.

It is an area of great sporting prowess as both the home ground of Cork City Football Club at Turner’s Cross Stadium and the Cork home of Munster Rugby Club at Irish Independent Park are located here.

It is less than 2km from the Turner’s Cross and Ballyphehane area to the centre of Cork City Centre. It can be safely be walked along lit footpaths in 20 minutes or less.

Bus services are provided by Bus Éireann, and the routes which pass through Turner’s Cross & Ballyphehane include:

The 213 bus route departs from Black Ash Park which is a Park and Ride service for Cork City Centre.

The nearest train station is Kent Station in Cork City Centre. This is easily accessible via the 226 bus route.

Ballyphehane is one of the oldest suburbs of Cork. It was developed as part of an initiative by Cork City Council to create a ‘Model Community’ after the second world war. Over 1300 houses were built during the 20th century as part of this inititative.

Turner’s Cross as an area was not truly developed until the mid 19th century. Up to this point maps recorded few houses. These houses were associated with farms and market gardens in the area. In 1879 the new terminus for the Cork and Macroom Railway was located in Turner’s Cross. This led to a period of building and increased population that continued up to the 1950’s even though the terminus closed in 1925. At this point there was very little land available to build on and turner’s cross in it’s current form had taken shape.

There are some fantastic attractions in Ballyphehane and Turner’s Cross.

Some of the top attractions to the area are: Tory Top Park, Tory Top Library, Musgrave Park and Turner’s Cross Stadium.

Tory Top Park is a fantastic ammenity in the centre of Ballphehane which has a skate park, walking routes, playing pitches and a children’s playground as well as different areas of plants and flowers.

Tory Top Library is a public library open to all that offers wifi, printing services as well as community rooms open to local clubs and societies.

Irish Independent Park and Turner’s Cross stadium showcase elite level sport throughout the season and are also home to a summer gig series.

As well as hosting some top level Munster Rugby and Cork City FC matches there is also clubs and gyms to suit all levels in Ballyphehane and Turner’s Cross.

There are some fantastic bars in the area that cover all genres from quiet pub to catch up with friends to the loud and lively sports bar. Some of our favourites are the Tory Top, Turner’s Cross Tavern, Noel Murphy’s Bar, The Harp Bar, The Beer Garden, The Mountain Bar, Friar’s Walk Tavern and Hannah Barrett’s.

Of course there are numerous options for coffee lovers too. Some of these are; Insomnia, Costa Coffee, Unit 1 Coffee Shop, Tory’s Cafe, Comix Cafe.

As well as gigs in Irish Independent Park there is a thriving music scene in the bars of Ballyphehane and Turner’s Cross. Live music of all genres can be found in the bars each weekend.

As well as this there are four music and performing arts schools in the area which train a large talent pool from the local area and further fields. There schools are: Cork School of Guitar, Cork City Music College, Montfort College of Performing Arts and the Visions School of Art.

There are two Catholic churches in the area Church of the Assumption Ballyphehane and Church of Christ the King Turner’s Cross. The area is also home to Cork Mosque where the Muslim community hold regular prayer and services. 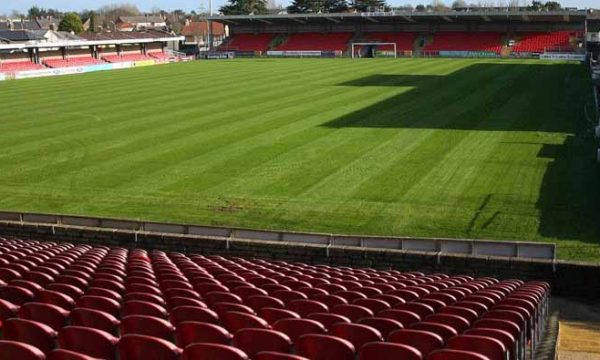