Glanmire is a suburb situated nine kilometres to the North side of Cork City. It has a population of approximately 20,000.

It is made up of the villages of Riverstown, Brooklodge, Sallybrook and Glanmire.

Glanmire is became under the administration of Cork City Council during the boarder expansion in mid 2019.

It is located right beside the main Cork to Dublin M8 motorway with easy access to the Dunkettle roundabout, the Jack Lynch Tunnel and East Cork.

There are lots of walking routes in the area of Glanmire highlighting it’s natural beauty and heritage.

It is possible to walk from Glanmire to Cork City in roughly over an hour and a half but while there is a footpath most of the way the round can be very busy so proceed with caution!

The following bus routes run through Glanmire allowing access to the city centre and some of the nearby towns.

Glanmire was originally an early Christian settlement and a church site can be traced back to 1291.

In the early 1800’s industrialisation began in the area with the establishment of several woolen factories and mills on the banks of the river Glashaboy.

It was not until the 20th century that the area began to see large scale residential areas being built around the existing village of glanmire.

With the expansion of the city outwards Glanmire became an attractive area to live and so the poulation and facilites to serve that population grew in the late 20th and the start of the 21st centuty.

The heritage of the area is celebrated by the local glanmire area community association and they offer a heritage trail showing off areas of historic importance.

The natural beauty and untouched historic sites are some of the strongest attractions to Glanmire.

The walks in John O Callaghan Park and along the river banks show off the heritage of the area as well as the local fauna.

The Glanmire Community Centre is also a hub of activity with the local association organising lots of recreational activites and community groups.

The most well known sports club in the area would have to be the Sarfield’s Hurling Club which was set up in 1894 by a group of men from Sarfield’s Court. Today they offer hurling for all ages and levels and they were joined by the Sarsfield’s Camogie Club in the 1940s.

There is also many other sports and activites to keep fit in the area such as Old Christians Rugby Club, St Stephen’s Pitch and Putt and Riverstown Football Club.

If you are looking for something a bit different the Community Centre also runs regular dancing and fitness classes and there are gyms like EvCore Health & Fitness or Rive Therapy.

If you are looking for a nice sit down meal in Glanmire check out these restaurants that offer something to suit every taste; District 11, Dragon Palace, Balance, Coconut Asian Streetfood, The Barn, The Castle, The Brook Inn, Riverstown Inn.

For a quick takeaway we recommend you try Soba, Apache or Luciano’s Pizza!

If you are looking to check out an old style tradtional tatched roof bar head to The Boothouse Bar.

The people of Glanmire are very welcoming and open to members of all religions and none. There are regular services in the following churches:

Church of Ireland –  St. Mary and All Saints, Church Hill.

There are six primary schools and two secondary schools in the Glanmire area. 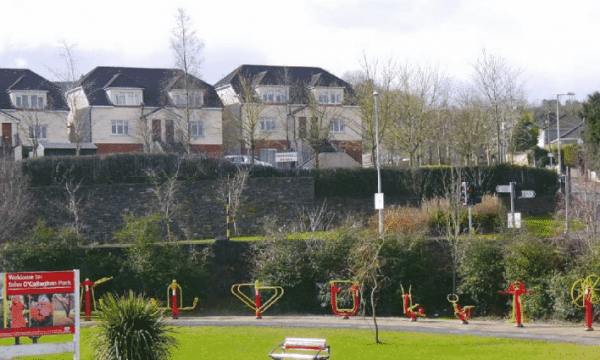