Little Island is a suburb on the eastern side of Cork City. It is acessible via the Jack Lynch tunnel.

It is a very industrial area with many multinational pharmaceutical companies based in the area. The local business association estimate that their is now over 1000 companies in the area.

The following bus routes run through Little Island allowing access to the city centre and many of it’s suburbs.

There is a train station in Little Island which has commuter services to Cork City, Midleton & Cobh.

There has been a settlement at Little Island from at least the 7th century. Excavations have found ther remants of tidal mills they believe date from roughly 630AD.

Examples of fulact fiadh middens, corn-drying kilns, the remains of a medieval church and graveyard, and the 15th or 16th century tower house known locally as Wallingstown Castle.

The quarry in the area provided thousands of tonnes of limestone which included the the stone used to build City Hall.

Since the late 20th century there has been massive industrial development with many businesses setting up in the Little island Business Park and East Gate Retail Park.

There are many fantastic ways to spend time in Little Island. One of the newest attractions is the Airtastic Entertainment Centre. They have inflatable obstacle courses, bowling, mini golf, amusements a ninja skills course and a fantastic New York Style diner!

Another activity to get up to with the little ones is the Amenity Walk & Playground. This fantastic public amenity brings you along the historic side of Little Island and has an awesome playground for the kids to enjoy.

Little Island is the home of Cork Golf Club, one of the best clubs in the area. The course is designed by Alister MacKenzie and while challenging is friendly to golfers of all abilities. There is some fantastic holes cut from the quarry and offers excellent views over Cork Harbour.

There are also gyms like Total Body Training and NRG Xpress.

As there is such a large number of people working in Little Island there is an abundance of takeaway options that serve up a massive variety of lunch options.

Some of these include: Subway, Supermacs, Zest Cafe Bistro, Peking, Dee Dee’s Cafe, KFC, Chopped  and the Cottage Takeaway.

For a more formal meal make sure to check out the offerings at Maestros Restaurant in the Raddison hotel or the restaurant at Cork Golf Club.

For something different why not head over to neighbouring Glounthaune and check out the Island Gate Bar & Restaurant or the Rising Tide Bar.

St. Lappin’s is a Church of Ireland church that was built in 1864. There is a regular service here every Sunday at 11.30am.

St. Josephs Church is a Roman Catholic Church. There is a regular service here every Sunday at 10.30am.

Atlantic Flight Training Academy is also based in Little Island. 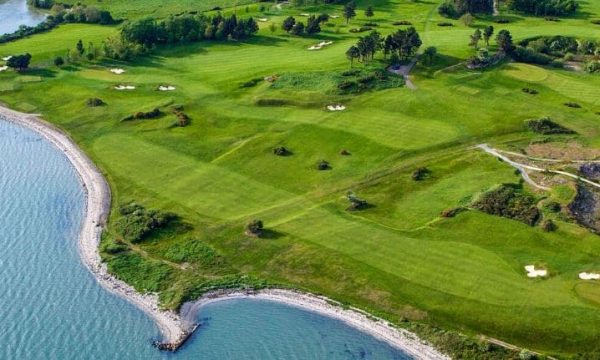