Shandon is a district in the north side of Cork City. The name Shandon comes from the Irish ‘An Sean Dún‘ meaning the old fort. Shandon grew up as a northern post overlooking the walled city of Cork.

Shandon was the site of the Cork butter market which was the largest market of it’s kind on the world.

Today the Heineken Brewery is situated in Shandon.

It is less than a kilometre from Shandon to St Patricks Street in Cork City Centre. This is roughly a 10 minute walk.

The 202 bus route runs through Shandon allowing access to the city centre.

The nearest train station is Kent Station in Cork City Centre. This is roughly a 15 to 20 minute walk from the Shandon area.

Shandon is an area that offers a lot for locals and tourists a like.

Some of the fantastic attractions in the area include: The Shandon Bells and the Four Faced Liar Clock, the Firkin Crane, the Cork Butter Museum, the Cork Arts Theatre and Club Vitae Health and Fitness Club at the Maldron Hotel.

The Shandon Bells is probably the most iconic part of Shandon. They are the bells in the tower of St Annes Church which was built in the 18th century. The Four Faced Liar Clock is also part of this tower. It is referred to as the four faced liar by locals as they 4 sided clocks were rarely in agreement with each other.  This is a fantastic place to visit not only to have a chance to ring the infamous bells but also to climb the tower and check out the fantastic view of Cork City.

The Firkin Crane was originally built as part of the butter exchange it is now the home of dance in Cork.

The Cork Butter Museum tells the story of the industry and markets which were once the biggest in the world.

The Cork Arts Theatre or the CAT Club is a small 100 seat theatre that hosts amateur and professional performances during each season.

For those looking to treat themselves to a spa day or are looking for a nearby gym check out the Club Vitae Health and Fitness Club at the Maldron Hotel.

Shandon is an area of great historic importance in Cork. It is full of historic buildings that have had an economic and cultural impact of the people of Cork.

There has been a settlement in what is refered to as the old fort (Sean Dún) since before the norman settlement of Cork in the early 12th century. This fort was likely to have been built by the McCarthy Clan who were the kings of Desmond – a kingdom which comprised of what is now County Cork and some of County Kerry.

King Henry II confiscated this land and it was granted to Philip de Prendergast. This led to Shandon becoming an area of importance overlooking the walled city and on the crossroads between Youghal and Mallow.

There was a castle built on the grounds of the old fort at the end of the 12th century and by the time of Queen Elizabeth this castle served as the residence of the President of Munster. This castle was destroyed in the 1690 Siege of Cork and today Firkin Crane stands on some of it’s foundations.

Shandon was also the site of a major international butter market in the 19th century. This market developed from a catholic trading area when during the penal laws Catholics were prevented from owning land so instead the wealthier ones invested in trading.

Check out the history of this time and how it led to the development of Shandon in the Cork Butter Museum!

There is no shortage of places to eat and drink in the Shandon area. There is something for every taste in the area that also has it’s share of fantastic Indian restaurants such as Iyer’s Café and Mirch Masala Indian Restaurant.

There are also some fantastic bars in the area that range from a quiet spot to discuss the weekend’s match to awesome craft beer bars that serve drinks from all corners of the world. In no particular order check out; Maureen’s Pub, The Bierhaus, The Abbot’s Ale House, The Shandon Arms, Eugene’s Lounge Bar, O’Cionnaighs Pub and the Old Reliable Irish Pub.

There are two catholic churches in the Shandon area; the Cathedral of Saint Mary and Saint Anne also known as the North Cathedral and Saint Mary’s Dominican Church.

There is also the famous Church of St Anne which holds regular Church of Ireland services. 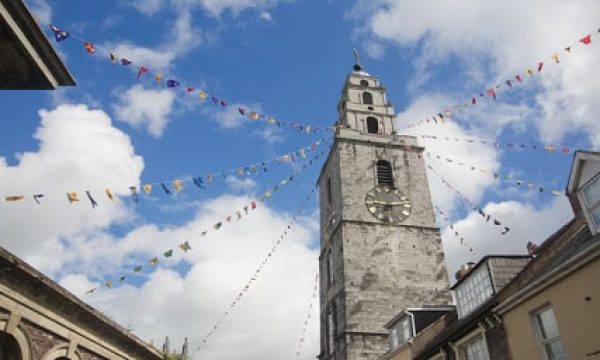